Skip to content
The minute we walked into Grassfield Hall we fell in love with it!
It has now been ten years since that day and after spending a decade restoring the house we can think of nothing more wonderful than sharing it with you.
For so long the house looked so sad and unloved and now It’s just wonderful to see people in the house having fun, and using it as it should be used. All the hard work is made worthwhile when we hear the appreciation that people have for the decor, they understand that every detail has been added with love and a great deal of thought. Everything in the house is a reflection of how we feel about it. The small details make such a huge difference and the finishing touches make a house into a home. 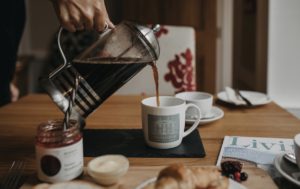 Are you Re-thinking your wedding plans?
At Grassfield Hall we specialise in small and intimate weddings, seating 38 day guests and an additional 20 evening guests. Get in touch and request to see our brochure. 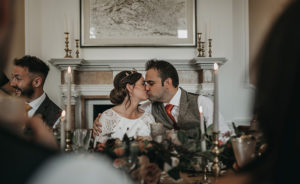 We have missed our guests over during lockdown & we can’t wait to welcome them back!

We now have procedures in place to ensure that the house is Covid Secure, and are taking our role within the tourism industry seriously.
The bed and breakfast will not be open for the next few months, however we are taking new bookings for our self catering house rental, sleeping 16 guests with prices as low as £55 per person per night, plus we continue to host small weddings. Please email for our brochures – info@grassfield-Hall.co.uk 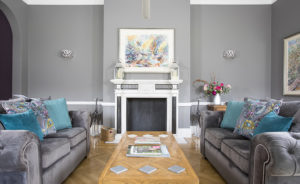 It certainly turned out an eventful final year to our build… I learned many new skills, tested my patience to its limits, I was amazed by people both in a positive and a negative way, but overall I am just so proud of the end result. 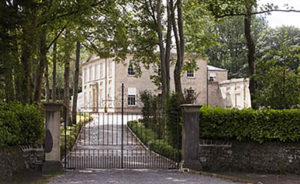 It’s been almost a year since I last posted on my blog, forgive me, I’ve been a bit busy! The pressure was definitely on in 2017, as a year before we had made a decision to book two weddings in for the summer of 2017. The renovation workload was huge, but we believed it was achievable, and achieve it we did! Only just though! The commitment from the team to get us wedding ready was incredible and I was amazed by how they were prepared to work quite literally around the clock to complete the renovations. I also had many friends who turned up to see how we were doing and didn’t go home for days… that’s something I won’t forget. It was possibly the hardest experience I’ve had, the pressure of knowing that letting the bride and groom down was just not an option, yet also being realistic about what was achievable in the time available, and not wanting to push the team of people we had working here too far, but we did it and we gave our couples an incredible day. The icing on the cake was that most of the guests were locals so it was a chance for us to showcase our beautiful Grassfield Hall, and the reaction was far better than I had hoped.
After the weddings we were very busy in the bed and breakfast, and kept that way until October. It felt like being on a very fast rollercoaster and by the time November arrived I was glad to get off. Having now had a few more chilled out months, I can reflect on the chaos, stress and excitement and although I’m so glad that 2017 is behind us I’m also very pleased we pushed ourselves to get the Hall up and running. There is only so long you can live on a building site and still have a smile on your face!

As well as all the building work we were also selected for the final three in visit England’s best B&B plus received a 9/10 score by the telegraph travel.
So now we move forward and January has been great for reassessing what we now want to do with the house, some ideas we have had will be a success I’m sure but other ideas like big marquee weddings simply won’t. life will be different now, no longer running a building site, but runing a business instead, exciting times ahead, and it seems fate that we celebrate our 20th wedding Anniversary this year, on the year that our dream for Grassfield Hall comes to fruition. 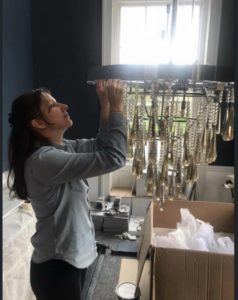 We entered the White Rose Awards

To our delight we made it to the finals, where we were lucky enough to be awarded the highly commended award in our category. After this Welcome to Yorkshire entered us into the Visit England awards and to our amazement we again got through to the finals. Off we went to London last Sunday to the awards at the beautiful Palm Court, what an increadable experience, with the fabulously funny Sue Perkins presenting. The winners really did deserve to win the award, and although we were disappointed we also realise that we are just at the start of our journey and to get to the finals of a national competition before we have even finished the re build of Grassfield Hall is simply amazing for us, and we were very proud to be there. It’s given us a taste of what the future can hold if we keep working hard! 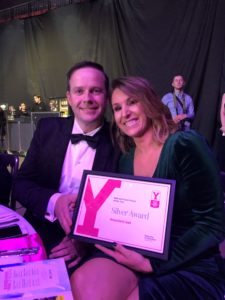 Exciting times at Grassfield Hall as the end is in sight! 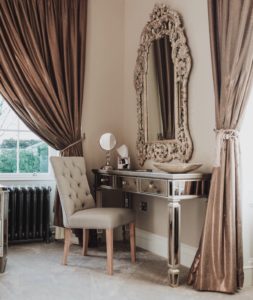 The end of the build that is, and the start of what we have been working towards for 6 years.
When we walked up the drive of the Hall in May 2010, we knew what it could be, we knew it needed to be loved again, and it needed to be taken on by people who would not let it down. I talk about it like its a person, that’s because it is a part of our family now. Its been like the naughty teenager who was constantly testing us and throwing more problems our way, but we have never stopped loving it regardless.
When I look back, to the amount of hours that we have had to work to support the build, and the times when we were over faced and overwhelmed, I’m not sure I could do it again, but now that the end is in sight I literally get butterflies in my stomach thinking of what will be.
The best part is here, planning the rooms final look, the opulence of the Bridal Suites and the finishing touches that will make everyone look at it as we have done since we first walked up the overgrown driveway.
So my first purchase was for the Bridal suite, “its just a chair” was someone’s reaction as I was getting quite over excited about my first piece of furniture….Its really not just a chair, its the chair that the bride will sit on and get ready for the biggest day of her life, its the first piece of furniture to be bought for the hall.
I had no idea when I left my last career of being Cabin Crew that I would have the opportunity to learn so many new things, and develop new skills… from interior designer to wedding planner, I’m not sure what I am more excited about, but I do think that if Grassfield Hall could talk it would have as much enthusiasm as me about the next phase of our lives.

This week I’ve had a  a succession of meetings with people who work in the wedding industry, all of which are just as excited as me about using Grassfield Hall as a new venue for weddings. I was under the impression that it was a cut throat industry, and I’m sure it can be, but my experience this week couldn’t have been further away from this.  I feel like I have a support network around me whom are all as enthusiastic as me that this new venture succeeds. I have learnt so much from these people already that it is hard to imagine what lies ahead….

Since I started my Grassfield Hall social media 18 months ago, I have had several enquiries from local residents enquiring about using Grassfield Hall as their wedding venue. What I have come to realise is that this hall means so much to so many….everyone has a story about a Christening or a Wedding that they attended here,  or even having their first date with their husband here, so it should come as no surprise that local people to Pateley Bridge want to see the hall up and running again.

Its time to think about the past year, everybody does it, thinks about what they have achieved and could have done differently. Our project has at times been very overwhelming and exhausting, and of course at the start of a new year we reflect on this, but this new year is different, as the end is in sight, we have looked back with pride with the achievement so far, it was worth it, and when my guests tell me that they have loved their stay and will be back, I know this project was meant to be.

So to look forward, lots of exciting things in the pipeline, the landscaping of the gardens, designing the bedrooms and finishing the function rooms. The difference this year is that alongside the build runs our now successful B&B. It’s an absolute pleasure to meet all our new customers, and hear their appreciation  for our house, they all want to know its story, and how we found it.

My aim for the next month is to let people know about our B&B, as a business it has been closed for many years so its not on the radar so to speak. As my previous career was as cabin crew, marketing was not part of my job, but I like a challenge, so that’s the aim, and I don’t like to be beaten when I set my self a challenge. Happy new year to you all.

Our Bed and Breakfast is finally Open

After over a decade of being closed and close to ruin, we finally re opened our doors at grassfield hall in July. After four years of hard work we accomplished the first part of our dream. Our luxury Bed and Breakfast in spectacular Nidderdale.

We have had a busy couple of months, and after so long being closed to the public we expected a slow start, but to our amazement people are very interested in our progress and want to stay with us and see our beautiful house and how our restoration project is developing.  The  feedback has been incredible, far better than we could have imagined and that makes it all worth while, all the months and years of living on a building site was worth it. We have tried to think of all the little things that will make our customers come back again and again, and as ex cabin crew I have had more than my fair share of nights in a hotels so have a good idea of what I would expect, and what I would be impressed by! As winter approaches we will be offering deals both on twitter and Facebook to encourage people to our lovely Yorkshire dales, plus we will be starting on phase two of our project…